While there are as many proprietary authentication methods as there are systems which utilize them, they are largely variations of a few major approaches. In this post, I will go over the 4 most used in the REST APIs and microservices world.

Before I dive into this, let's define what authentication actually is, and more importantly, what it’s not. As much as authentication drives the modern internet, the topic is often conflated with a closely related term: authorization.

The two functions are often tied together in single solutions, but the easiest way to divide authorization and authentication is to ask: what do they actually state or prove about me?

Authorization is an entirely different concept and in simple terms, Authorization is when an entity proves a right to access. In other words, Authorization proves you have the right to make a request. Consider the following - You have a working key card that allows you to open only some doors in the work area, but not all of them.

An API might authenticate you but not authorize you to make a certain request.

We will go over the two most popular used today when discussing REST API.

HTTP Basic Authentication is rarely recommended due to its inherent security vulnerabilities.

This method does not require cookies, session IDs, login pages, and other such specialty solutions, and because it uses the HTTP header itself, there’s no need to handshakes or other complex response systems.

Here’s an example of a Basic Auth in a request header:
Authorization: Basic bG9sOnNlY3VyZQ==

The name “Bearer authentication” can be understood as “give access to the bearer of this token.” The bearer token allowing access to a certain resource or URL and most likely is a cryptic string, usually generated by the server in response to a login request.

The client must send this token in the Authorization header when making requests to protected resources:
Authorization: Bearer <token>

The Bearer authentication scheme was originally created as part of OAuth 2.0 in RFC-6750 but is sometimes also used on its own.

In REST API Security - API keys are widely used in the industry and became some sort of standard, however, this method should not be considered a good security measure.

API Keys were created as somewhat of a fix to the early authentication issues of HTTP Basic Authentication and other such systems. In this method, a unique generated value is assigned to each first time user, signifying that the user is known. When the user attempts to re-enter the system, their unique key (sometimes generated from their hardware combination and IP data, and other times randomly generated by the server which knows them) is used to prove that they’re the same user as before. 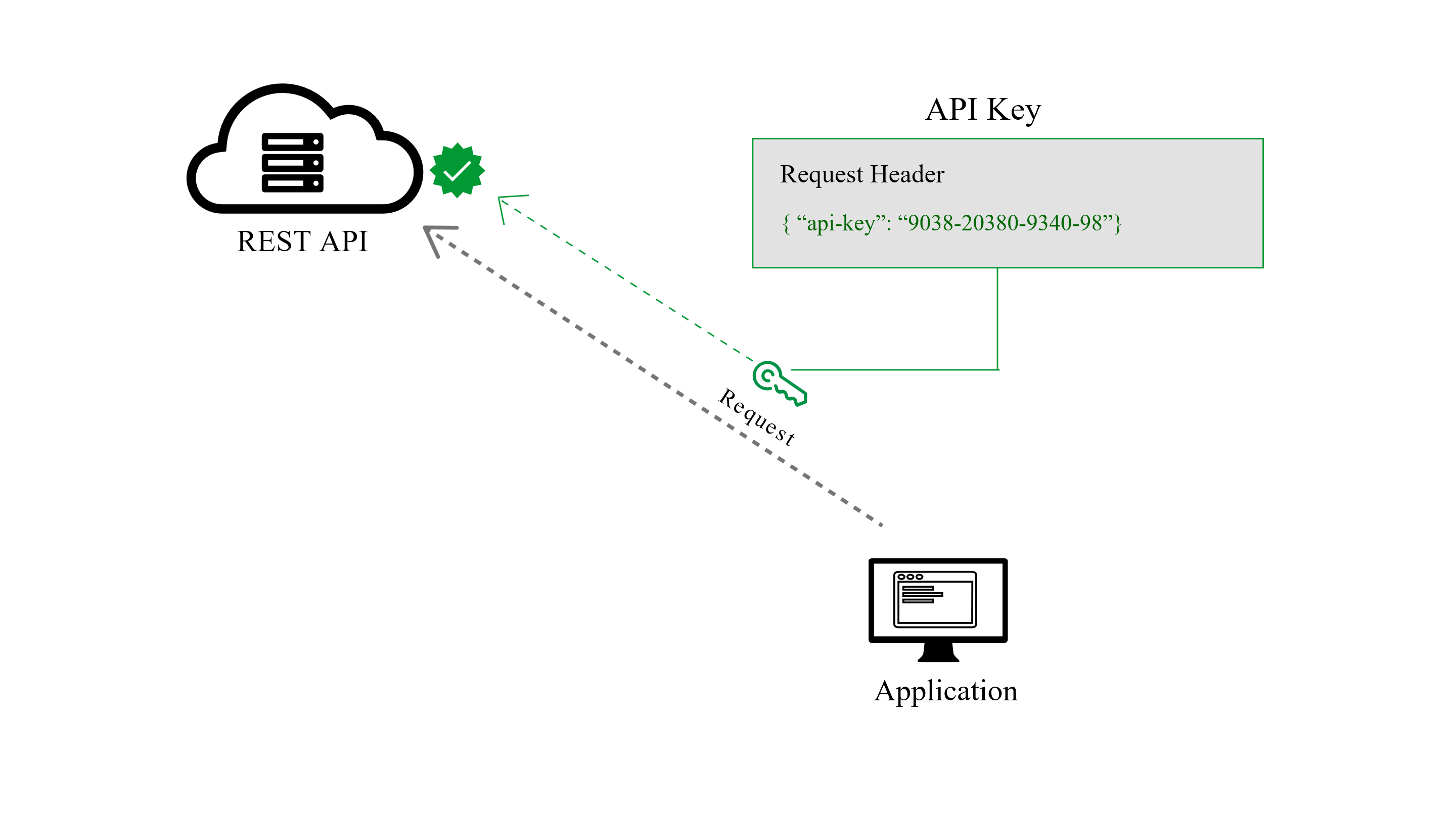 Many API keys are sent in the query string as part of the URL, which makes it easier to discover for someone who should not have access to it. Please do not put any API keys or sensitive information in query string parameters! A better option is to put the API key in the Authorization header. In fact, that’s the proposed standard: Authorization: Apikey 1234567890abcdef.

Yet, in practice API keys show up in all sorts of places:

There are definitely some valid reasons for using API Keys. First and foremost, API Keys are simple. The use of a single identifier is simple, and for some use cases, the best solution. For instance, if an API is limited specifically in functionality where “read” is the only possible command, an API Key can be an adequate solution. Without the need to edit, modify, or delete, security is a lower concern.

If you are dealing with Authentication in REST APIs, please consider doing Security Testing, in order to check the common vulnerabilities.

The previous versions of this spec, OAuth 1.0 and 1.0a, were much more complicated than OAuth 2.0. The biggest change in the latest version is that it’s no longer required to sign each call with a keyed hash. The most common implementations of OAuth use one or both of these tokens instead:

OAuth 2.0 is the best choice for identifying personal user accounts and granting proper permissions. In this method, the user logs into a system. That system will then request authentication, usually in the form of a token. The user will then forward this request to an authentication server, which will either reject or allow this authentication. From here, the token is provided to the user, and then to the requester. Such a token can then be checked at any time independently of the user by the requester for validation and can be used over time with strictly limited scope and age of validity. 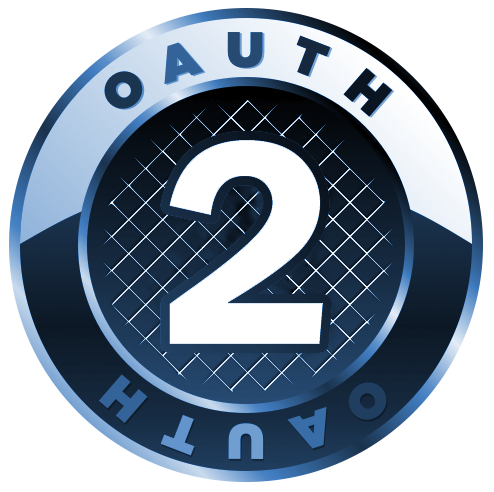 This is fundamentally a much more secure and powerful system than the other approaches, mainly because it allows for the establishment of scopes which can provide access to different parts of the API service and since the token is revoked after a certain time - makes it much harder to re-use by attackers.

The flows (also called grant types) are scenarios an API client performs to get an access token from the authorization server.

OpenID Connect is a simple identity layer on top of the OAuth 2.0 protocol, which allows computing clients to verify the identity of an end-user based on the authentication performed by an authorization server, as well as to obtain basic profile information about the end-user in an interoperable and REST-like manner.

OpenID Connect allows a range of clients, including Web-based, mobile, and JavaScript clients, to request and receive information about authenticated sessions and end-users. The specification suite is extensible, supporting optional features such as encryption of identity data, the discovery of OpenID Providers, and session management.

OpenID Connect defines a sign-in flow that enables a client application to authenticate a user, and to obtain information (or "claims") about that user, such as the user name, email, and so on. User identity information is encoded in a secure JSON Web Token (JWT), called ID token.

JSON Web Tokens are an open, industry-standard RFC 7519 method
for representing claims securely between two parties. JWT allows
you to decode, verify and generate JWT. While JWT is a standard it
was developed by Auth0, an API driven identity, and authentication
management company.

This URL returns a JSON listing of the OpenID/OAuth endpoints, supported scopes and claims, public keys used to sign the tokens, and other details. The clients can use this information to construct a request to the OpenID server. The field names and values are defined in the OpenID Connect Discovery Specification.

In OpenAPI specification, in order to define what kind of a security mechanism is used across the API - API security schemes are used to define what API resources are secured and what means.

In OpenAPI specification there are a number of standard authentication protocols you can pick from, each with their own strengths and weaknesses.

Note: basic authentication is very vulnerable to hijacks and man-in-the-middle attacks when no encryption is in use. Due to this limitation, this method of authentication is only recommended when paired with SSL.

RestCase development platform, allows you to define these Security schemes visually, allowing to build and define the entire API without any coding knowledge.

For now, the clear winner of the four methods is OAuth 2.0, there are some use cases in which API keys or HTTP Authentication methods might be appropriate and the new OpenID connect is getting more and more popular, mainly because it is based on an already popular OAuth 2.0.

OAuth 2.0 delivers a ton of benefits, from ease of use to a federated system module, and most importantly offers scalability of security – providers may only be seeking authentication at this time, but having a system that natively supports strong authorization in addition to the baked-in authentication methods is very valuable, and decreases cost of implementation over the long run.

REST APIs - How To Handle "Man In The Middle" Security Threat

An API, or Application Programming Interface, is how software talks to other software. Every day, the variety of APIs…

OpenAPI Spec: Documentation and Beyond

OpenAPI has become the industry standard for defining an API, yet it is often treated as a documentation tool…